The restoration of the Walcker organ in La Cambre constitutes a veritable première: it is not only the first electric action organ ever classified as historical landmark in Belgium, but it is also the first one of its type to have been restored along strict historicist parameters of preservation.

It was in 1930 under guidance of the renowned Canon Van Nuffel from the Lemmens Institute of Malines that the acquisition of a new organ with electric action was decided for. The international reputation of the Walcker Company deserved them the grant of the contract for building an instrument according to top-modern aesthetical concepts of its era. It was expected not only to offer highest comfort to the player with state-of-the-art technology but it should also be dressed soberly with a modern pipe-less case designed by G.Chr. Veraart and E. Richir and built by the brothers Georges and Michael Verstraete from Rumbeke. Flor Peeters, legendary organist and composer, played the dedication recital on the 7th march 1931 in presence of Queen Elizabeth. 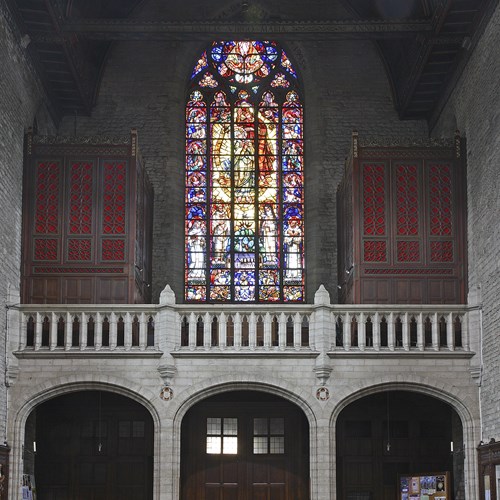 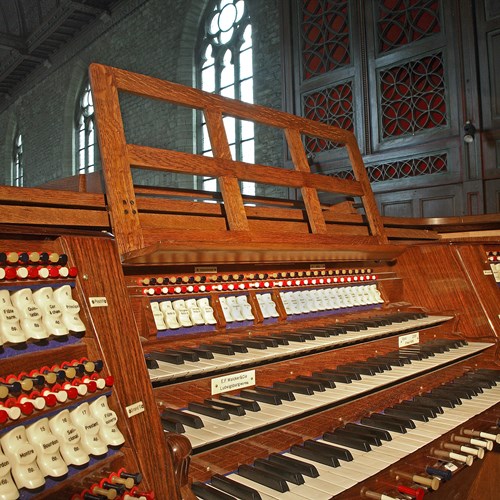