Brussels (B) | Great Synagogue of Europe

At the moment of its inauguration of the Grand Synagogue in Brussels in 1878 Pierre Schyven was already working on the construction of the new organ. Nested way up beneath the ceiling and above the second balcony, the case displays no pipes and is decorated only with wooden carvings in pine and oak. The organ was originally conceived to contain 22 stops, 3 of them prepared-for due to financial shortcomings. In a letter Schyven points out the following fact: “While working on its construction we decided to install a pneumatic lever machine at our own expenses, with the purpose of rendering the touch of coupled manuals lighter and also to impart greater spontaneity to the movement of the keys”.

This organ came down to us practically untouched. During our comprehensive restoration all 3 prepared-for ranks were finally installed, so after more than a century of existence we can finally listen to the complete tonal concept as originally intended by its builder. 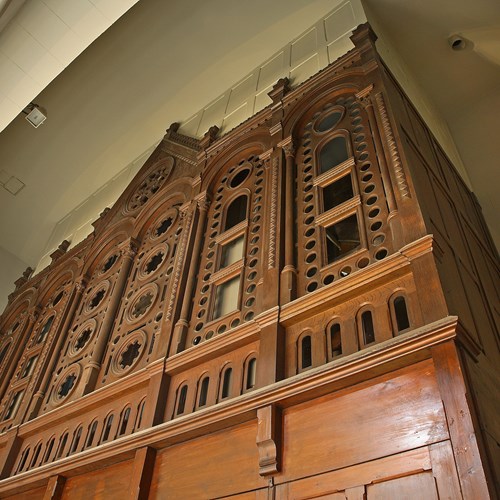 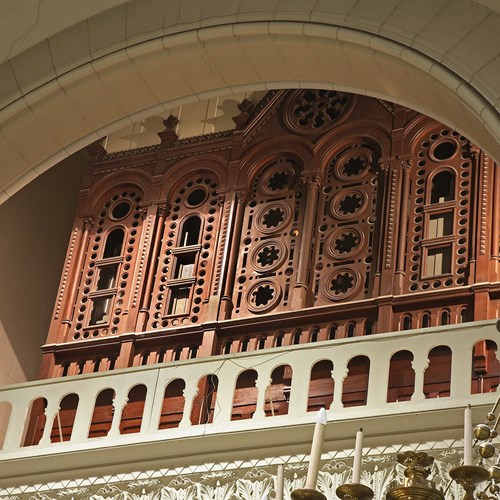