Vremde (Boechout, B) | Saint John in the Oil

According to archives describing an organ built by Petrus Stevens-Vermeersch in Vremde around 1885, this instrument must have contained ranks of much older origins, probably from Theodoos Smet from Duffel. Jef Braekmans, project consultant, was probably flabbergasted when he discovered that not fewer that 14 stops in this organ pointed towards much older origins, probably from the hands François-Egide Van Peteghem.

The original front pipes still preserved suggested a lay-out of the type Great-and-Positif-de-Socle, resembling existent organs in Hemiksem, Aartselaar and Schelle, all built between 1775 and 1780.

In consequence, the restoration project was grounded on the reconstruction of the Van Peteghem organ, yet with a respectful compromise between the past and the present: new built action and case with meticulously restored pipe work. 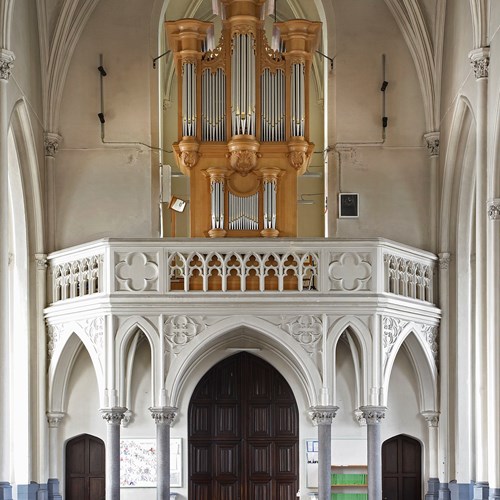 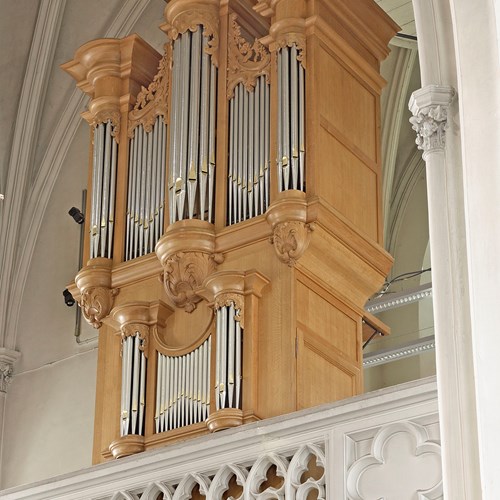 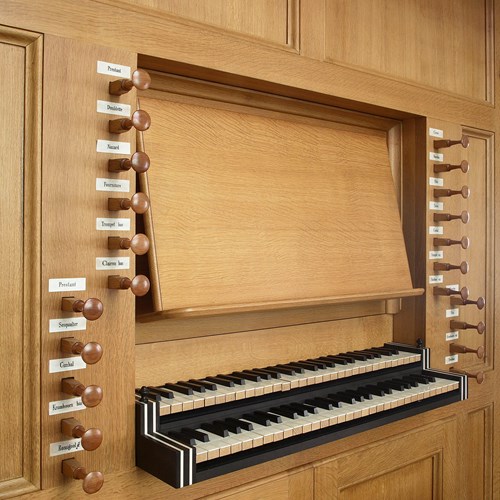