The classical proportions and models have served as guidelines for the design of the case; the flat lower case with the upper case which consists of 5 flats with two side towers of equal height and a higher tower in the middle.

The hand-carved pipe shades give the whole a personal and contemporary touch. Specification, the scales and the voicing have been inspired by the late baroque of the Southern Netherlands. The manuals stops are mounted upon chests with alternate channels which, in turn, are played by means of suspended actions. 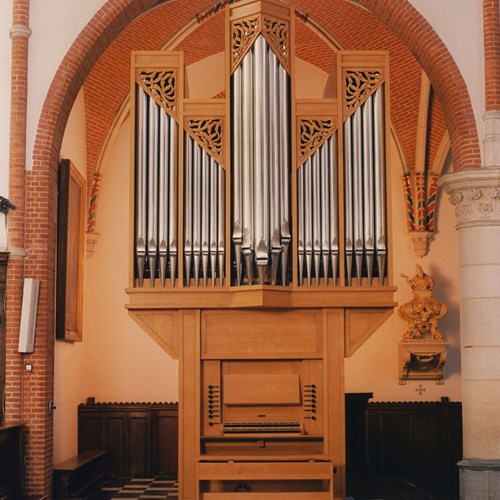