Arnold Clerinx is believed to have built this organ in 1856 for the Sainte-Barbe Chapel in Liège. Kerkhoff moved it to the chapel of Vertbois in 1925 before Joseph Tramaseur moved it again in 1947, this time to the Sainte-Agathe Chapel, also in Liège. The non-profit organisation “Orgue et Culture à Esneux” repurchased it and embarked on a full-blown restoration project financed by a collect program in head of a few music lovers. Considerably deteriorated and of undeniable value, the instrument was restored by the Schumacher Company in cooperation with Hadrien Paulus from Liège. Its design concept is of particular interest among Clerinx’s output. The restoration preserved it as originally built, including the 44-note enclosed division. The only change we dared to make was to enlarge the Pedal division from 18 to 27 notes. 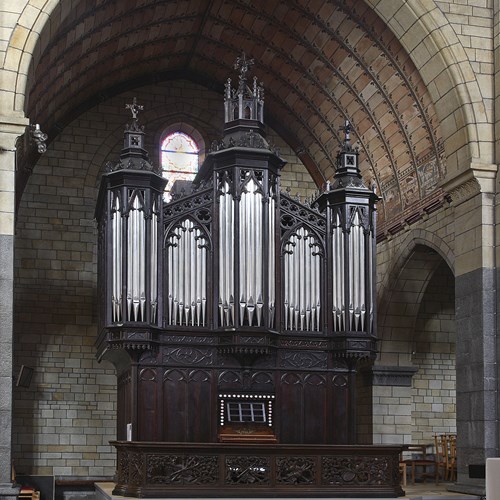 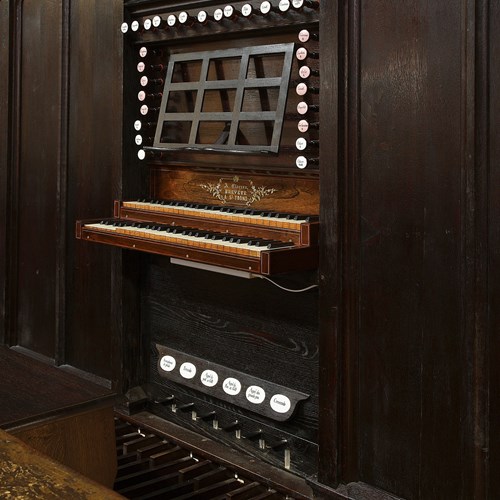 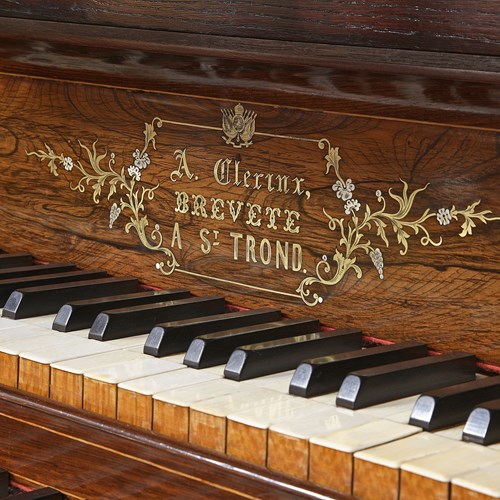