This organ dates back to the late 17th century in times when Jan Van Belle from Ypres was requested to make some minor repair work. Guilelmus van Belle enlarged it in 1686-1687 and installed what has become the oldest pipe work still preserved in the instrument. It was probably around 1806 that the organ was moved from the choir balcony to a new gallery on the west end, and in 1825 Pieter Van Peteghem made some repairs before he embarked into a larger scaled project in 1835-1836. Then he adapted the organ to a newly installed early neo-gothic case. In 1903 Georges Cloetens refurbished it once again, this time in the romantic style and reinstalled the organ in a new case of rather eclectic style designed by Josef Lelan from Courtrai. The Loncke Company from Zarren made a last major transformation in 1948.

The present restoration project articulates around the appraisal of the historical material still preserved, which is to be restored and reinstalled in a large 3-manual organ with independent Pedal. This instrument exemplifies how evolution and history can achieve a highly convincing result in merging the pipe work of different origins (Van Belle and Van Peteghem). We want to emphasize such values in a new organ conceived in the baroque tradition that inspired these two builders.

All material of historical significance, such as Van Belle’s and Van Peteghem’s pipe work, the 19th century chests and various elements from the 1903 organ case – including the lavishly decorated façade – will all find their place in a new organ of larger scope and expected to fulfil multiple tasks: it will be capable of playing not only harmonious accompaniment during the church service, but also effective and versatile solo recitals and master classes which will add great live to the cultural program in town. 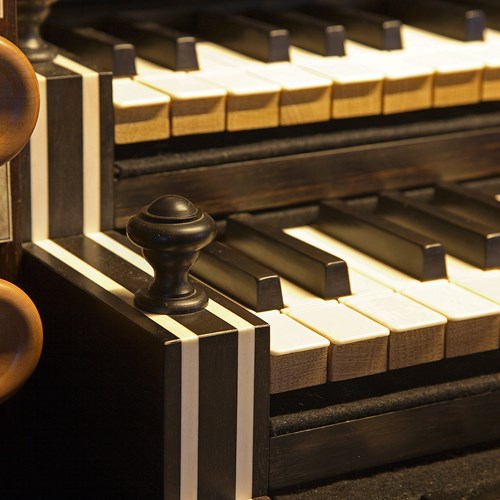 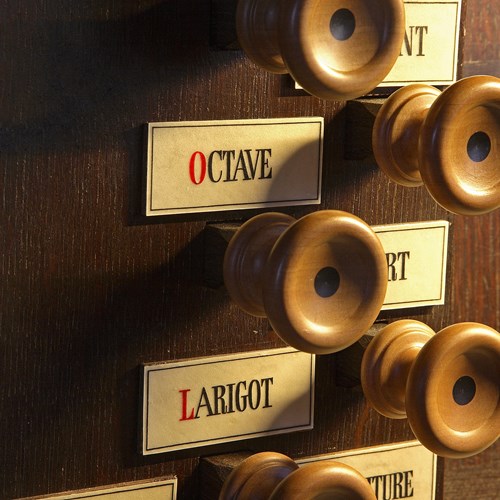